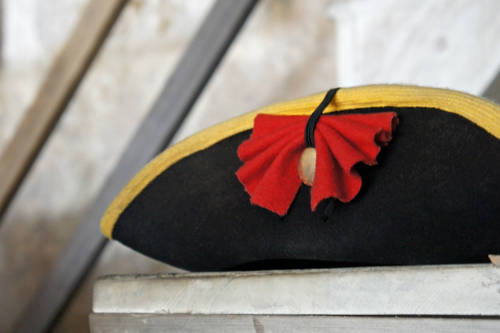 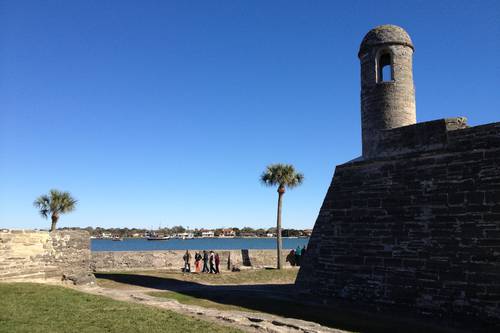 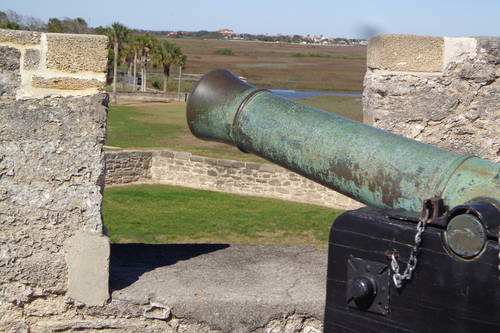 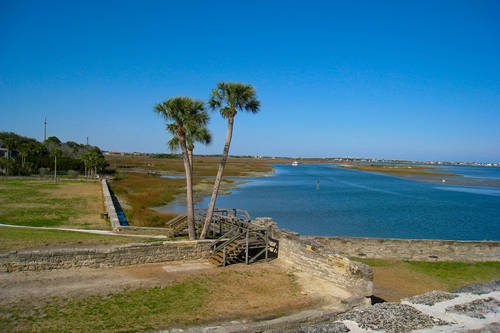 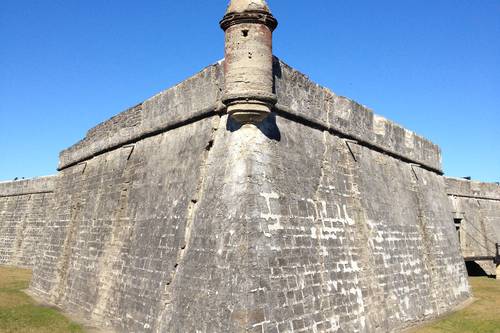 AAA/Katie McPhee
5 Photos
AAA Editor Notes
Castillo de San Marcos National Monument, a Spanish fortress, is at Castillo Dr. and Avenida Menéndez. The oldest masonry fort in the continental United States, it was built 1672-95 of coquina, a soft local shellrock, as part of the defenses along the route of the treasure fleets. For many years the fort was the northernmost point of Spain's New World holdings.

The symmetrical fort has massive diamond-shaped bastions at each of its four corners, and 60 to 77 cannons once occupied the gun deck. Its 28-foot-high walls are skirted by a moat on three sides. A stairway leads to the gun deck overlooking the Old City Gate, quaint old streets and Matanzas Bay. Exhibits and a 25-minute video trace fort history, and costumed re-enactors give weapons demonstrations and presentations about Colonial life.

Until the mid-18th century this fortress defended St. Augustine. The English acquired the fort and Florida from Spain in 1763 at the end of the French and Indian War. Spain regained possession of Florida in 1784 as part of the Treaty of Paris.

Upon the acquisition of Florida in 1821, the fortress became part of the U.S. coastal defense system. It also was a military prison. Seminole leader Osceola was confined in the fort during the Second Seminole War. The fort's final military use was for imprisonment of some American soldiers during the Spanish-American War.

Metal detectors are not permitted.