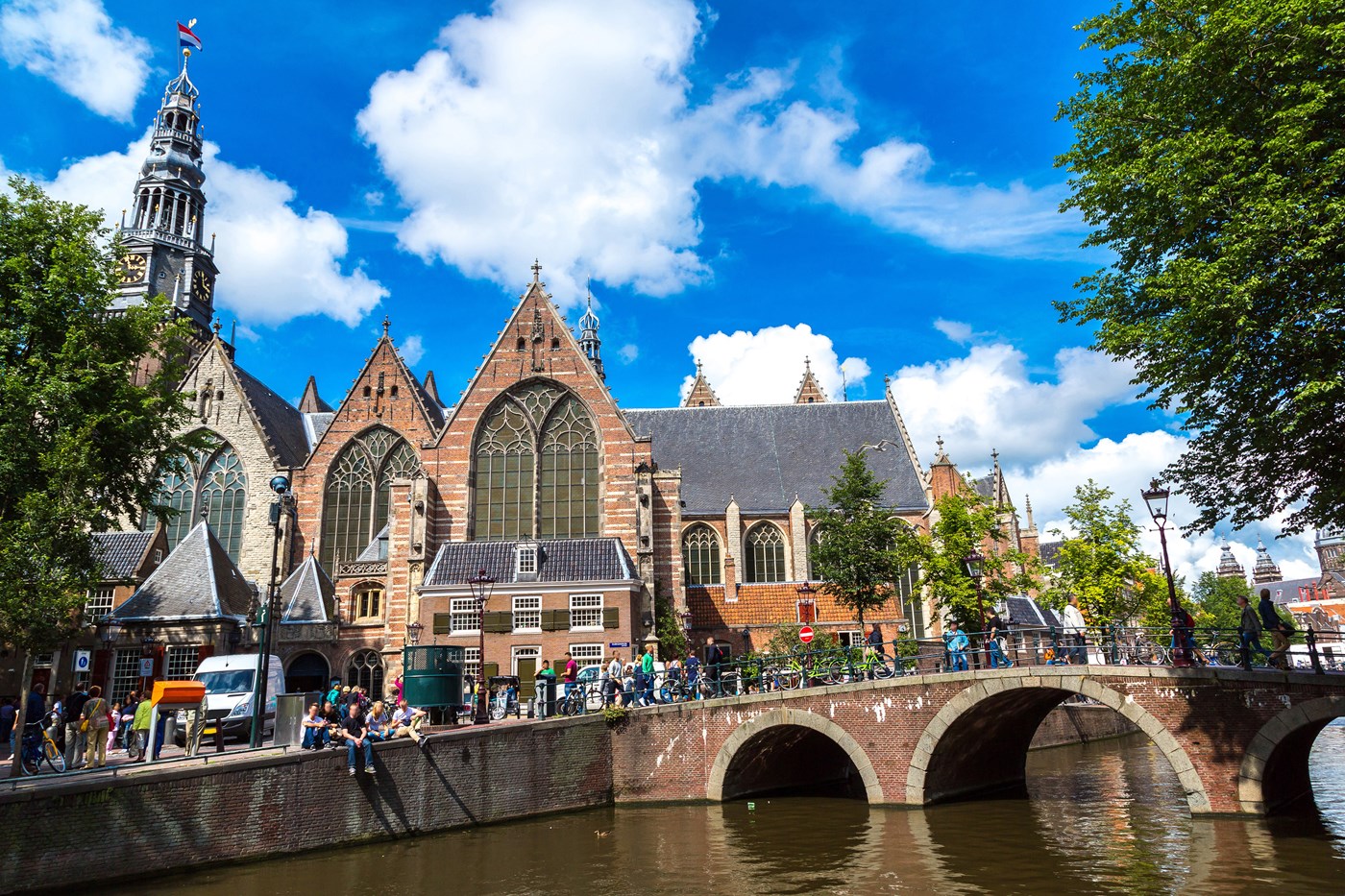 Things to Do in Amsterdam

Things to Do in AmsterdamScenic canals, cozy bars and cafes combine with architectural masterpieces to make Amsterdam one of Europe's most beautiful cities. Take an unforgettable journey through this charming Dutch capital. The Rijksmuseum houses countless works of art, the Van Gogh Museum features 600 pieces by the famous artist, and the Anne Frank House gives you an insight into life in the Second World War. Each has its own unique story, but they all show how magnificent Amsterdam can be.
Here are some of the most exciting things you can do and see in Amsterdam:
RijksmuseumThe Rijksmuseum is the largest and most important museum in the Netherlands. It boasts a collection of nearly 8,000 pieces spread over 80 galleries.
Dive into the history of Dutch art and marvel at the magnificent oeuvres from medieval times through the Golden Age. See iconic paintings by Van Gogh, Rembrandt, and Vermeer.

Read More...Address: Museumstraat 1, Amsterdam
Email: info@rijksmuseum.nl
Phone: +31 20 674 7000
Website: www.rijksmuseum.nl/en
Operating Hours: Daily 9am–5pm
 Frans Ruiter /unsplash.com
JordaanThe Jordaan is a neighborhood of the city center of Amsterdam, west of Prinsengracht canal. Originally a working-class neighborhood, the Jordaan has become one of the most expensive, upscale and desirable locations in the country. It is home to gorgeous historical residential buildings with cute hofjes (inner courtyards), numerous modern art galleries, speciality shops, cafes and restaurants.
Rembrandt spent the last years of his life in the Jordaan, on the Rozengracht canal. The Anne Frank House is located on the edge of the Jordaan, on the Prinsengracht canal.

Many houses in the Jordaan have a stone tablet on their facade, displaying the profession or family sign of the inhabitants, such as scissors for tailors and a piglet for butchers. See how many you can spot!

Read More...Address: Between Singelgracht canal and Prinsengracht canal
More Info: www.iamsterdam.com/en/about-amsterdam/amsterdam-neighbourhoods/centre/jordaan
 Joël de Vriend / unsplash.com
Van Gogh MuseumThe Van Gogh Museum goes well beyond the traditional permanent collection: the exhibition Van Gogh at Work is the culmination of seven years of fastidious research into his oeuvre and development as an artist. More than 200 paintings, works on paper, sketchbooks and letters by Van Gogh and his peers offer manifold insights into the fascinating creative processes behind his paintings and drawings.
Read More...Address: Museumplein 6, Amsterdam
Email: info@vangoghmuseum.nl
Phone: +31 205 705 200
Website: www.vangoghmuseum.nl/en
Operating Hours: Change depending on the season
Tickets: Adults €19
 Rasmus Kuber / unsplash.com
Anne Frank HouseThe Anne Frank House is the hiding place where Anne Frank wrote her famous diary during World War II. Now a museum, it recreates the war and holocaust years. Quotations from the diary, photographs, films and original objects belonging to the people in hiding and those who helped them all serve to illustrate the events which occurred at this location. Anne's original diary is on display in the museum as well.
Read More...Address: Westermarkt 20, Amsterdam
Email: services@annefrank.nl
Phone: +31 20 556 71 05
Website: www.annefrank.org/Museum
Operating Hours: Mon–Thu 9am–8pm, Fri–Sun 9am–10pm
Tickets: Adults €14. The Anne Frank House can only be visited with a ticket bought online for a specific time slot.
 Guido Coppa / unsplash.com
Day Trip to Zaanse Schans, Edam, Volendam & Marken from AmsterdamDiscover the jewels of the Dutch countryside on a fun day trip to Zaanse Schans, Edam, Volendam, and Marken leaving from Amsterdam.
See typical Dutch windmills that are still in use today. Visit a local cheese producer, where the cheese master will explain how they produce Gouda and Edam cheeses. Discover the secrets of the klomp, the traditional Dutch clog, and much more.
 Nathalia Morales/Unsplash
De WallenEvery visitor is aware of the existence of Amsterdam's red light district, locally referred to as De Wallen. Some head there straightaway while others prefer to walk around it — the choice is yours. The truth is, you will likely end up wandering through the area simply because of its location right in the city center.
The best way to get acquainted with the city's most notorious neighborhood and discover its stories and secrets is by joining a walking tour.

Follow your guide through winding cobblestone streets and narrow alleys as you learn the history behind Amsterdam's infamous adult destination.

See, along the way, oddities like the world's first condom shop, the Museum of Prostitution as well as little-known sculptures, and sex theaters.

Read More...Address: Beursplein, Amsterdam
More Info: It is strictly forbidden to take pictures or film people behind their windows.
 Massimo Catarinella / Wikimedia Commons
Jewish Historical Museum & Jewish Cultural QuarterWhen visiting the Jewish Quarter, make sure to make time for its several attractions — the Jewish Historical Museum, Children's Museum, the Great Synagogue and the Dutch Theatre (Hollandsche Schouwburg). All of these are located within a short walking distance from one another.
Read More...Address: Nieuwe Amstelstraat 1, Amsterdam
Email: service@jck.nl
Phone: +31 205 310 310
Website: www.jhm.nl
Operating Hours: Daily 10am–5pm
Tickets: Adults €17
 STI Photographers/Shutterstock.com
Amsterdam Open Boat Canal CruiseAdmire the sights along Amsterdam's UNESCO World Heritage canals on a 1-hour luxury boat ride.
Get comfortable in your seat, grab a drink from the cash bar, and enjoy the scenic ride through several of the city's landmarks like the Museum Quarter and the infamous Red Light District.
 Yiorgos Ntrahas/Unsplash
Royal PalaceThe Koninklijk Paleis (Royal Palace) on Amsterdam’s Dam Square is one of three palaces still in use by the Dutch royal family. When not used for state visits, award ceremonies or other official functions, visitors can explore the magnificent interior and discover the rich history of the building.
Read More...Address: Dam, Amsterdam
Email: info@dkh.nl
Phone: +31 205 226 161
Website: www.paleisamsterdam.nl/en/
Operating Hours: Tue–Sun (when not used for state visits) 10am–5pm
 Anibal Trejo/Shutterstock.com
Heineken ExperienceThe former Heineken Brewery in Amsterdam offers some 3000 square meters of special exhibition space. Learn more about Heineken's rich history, the tradition and craft of brewing, and the people behind this multinational company at this monumental building located at the Stadhouderskade. Good to know: two drinks are included in the admission price.
Read More...Address: Stadhouderskade 78, Amsterdam
Email: sales.experience@heineken.com
Phone: +31 207 215 300
Website: www.heinekenexperience.com
More Info: People under 18 are welcome to participate in the tour
Tickets: Adults €21. Buying online is cheaper.
 Kishivan/Shutterstock.com
Negen StraatjesThe Negen Straatjes (nine little streets) intersect the main canals between the Leidsestraat and the Jordaan district, and are dotted with great restaurants, cafes, art galleries, jewelers, boutiques and vintage stores. With an exceptional array of styles, trends and prices, this area is truly a shopper’s paradise.
Read More...Address: Wolvenstraat 9, Amsterdam
Email: info@de9straatjes.nl
Website: www.de9straatjes.nl/en/home
 Dennis van de Water/Shutterstock.com
VondelparkThe Vondelpark is one of the most popular parks in the Amsterdam, right next to the Rijksmuseum. Locals and tourists alike come here to spend some time in the sun, play games together, bike, stroll hand-in-hand, read a book or simply enjoy the serene ambiance that this cozy park has to offer. It is a favorite haunt of dog owners and their pets. Don't miss the colony of about 4000 wild parakeets that is flourishing in the park since the mid-1970s.Website: www.hetvondelpark.net
 Srdjan Stojiljkovic / Flickr (image cropped)
Madame Tussauds AmsterdamYou won’t see so many celebrities gathered together anywhere else. From film stars to sporting heroes, from the Golden Age to modern times, national and international artists, Madame Tussauds truly has something for everyone.
Read More...Address: Dam 20, Amsterdam
Email: info@madametussauds.nl
Phone: +31 205 221 010
Website: www.madametussauds.com/amsterdam/en
Operating Hours: Mon–Fri 10am–5pm, Sat & Sun 10am–7pm
Tickets: From €21.50
 InSapphoWeTrust/Shutterstock.com
A'dam TowerA'dam is the iconic and controversial tall building next to the Eye Film Institute and opposite Central Station. It calls itself "a tower of many talents": you can grab a bite, work in a coworking space, rave at the club and spend the night at the hotel here. The tower hosts some major creative labels, so the crowd is always interesting.
For some adrenaline, check out the A'dam Lookout — an observation deck with an panoramic view of Amsterdam,an interactive exhibition and free audio tour about Amsterdam’s history and culture. A swing that lets you dangle your feet off the edge of the building is the cherry on top.

Read More...Address: A’DAM Toren, Overhoeksplein 1, Amsterdam
Email: info@adamtoren.nl
Website: www.adamtoren.nl
 Ruben Hanssen / unsplash.com
Rembrandt House MuseumThe Rembrandt House Museum will be interesting for people who want to know more about the painter’s life, his work and about the Dutch Golden Age in general. The painter lived and worked in the house between 1639 and 1656 and these days visitors can see the reconstruction of the 17th-century interior.
In addition to the main attraction, Rembrandt House has great temporary exhibitions as well as an interactive one for kids. A worthy cultural destination for the entire family. 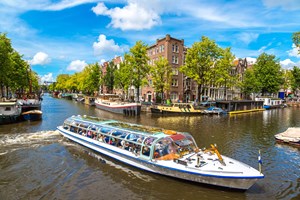 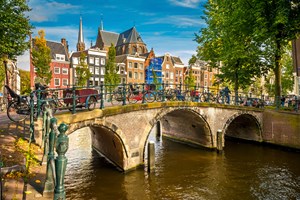 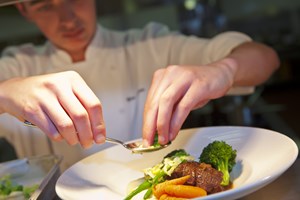 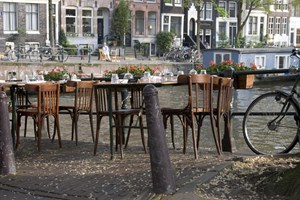 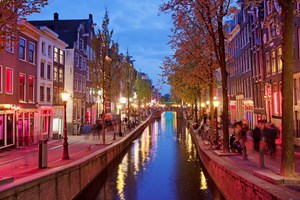 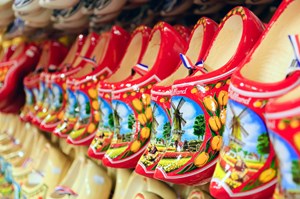 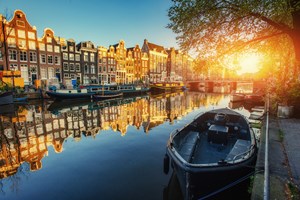