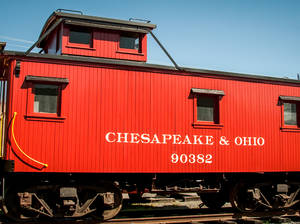 About LexingtonKentucky's second largest city, Lexington is the commercial center of Bluegrass Country. The region is distinguished by a rich historical heritage that has centered on Thoroughbred horses and tobacco and, more recently, bourbon and hoops. Downtown Lexington is an urban tract amid rolling bluegrass pastures trimmed by miles of painted wooden fences and peppered with cupolas topping large barns. While picturesque, the pastoral scene commands a higher purpose: the horse, of course.

On the city's outskirts are hundreds of the world's most celebrated horse farms, where Thoroughbreds, Standardbreds, American Saddlebred horses and show champions are bred and trained.

Lexington is Thoroughbred Country. Even though the Kentucky Derby is held 80 miles away in Louisville, Lexington residents will remind you that many of the horses hail from the Bluegrass region. To celebrate the tradition, Lexington plays host to extravagant, black-tie galas celebrating the 2-minute race held under the Twin Spires.

The aristocracy of Lexington's Thoroughbred industry has reigned since horses were first brought to Kentucky from Virginia in the late 18th century. The city was founded in 1775, and the state's first impromptu races were held in Lexington in 1787. Two years later, the census noted more horses than humans.

The Lexington Jockey Club, the first in the country, was organized in 1894; still active, it preserves the history and integrity of breeding and racing by maintaining The American Stud Book, a database of all Thoroughbreds foaled in the United States, Canada and Puerto Rico. Dating to the late 1800s, it contains the records of nearly 2 million horses and the results of every Thoroughbred race in the country.

Nearly 20,000 horses are bred each year in and around Lexington. It can be argued that horses still outnumber people in Bluegrass Country, and equines are treated as well or perhaps better. And for good reason: A world-record sale in 1985 garnered $13.1 million for a horse with champion bloodlines, and a successful horse can earn millions in his racing career, not to mention stud fees.

When Man o’ War (considered by many to be history’s greatest racehorse) died in 1947, he was embalmed and lay in state for 3 days—the casket was lined with his black and gold racing silks. Thousands attended the funeral, and a giant bronze statue in his likeness marks his grave. Man o’ War Boulevard, which circles the south side of Lexington, was named for the champion, whose 28-foot stride won 20 of the 21 races he entered.

Calumet Farm, just west on SR 60/Versailles Road, is one of the most well-known Thoroughbred farms and home to two Triple Crown, eight Preakness and eight Derby winners. Established in 1924, its 800 acres are divided by 35 miles of pristine white fencing, and the buildings are edged in devil’s red, the farm’s racing shade. Devotion to horses is evident in the farm’s luxurious horse stalls, immaculate landscaping and six-to-one ratio of employee to horse.

Major equestrian events include Thoroughbred races at Keeneland Race Course, founded in 1936. In April and October Thoroughbreds take to the 1.16-mile track several times per day Wednesday through Sunday. Lawn jockeys outside the Kentucky limestone buildings are painted annually in the winning team’s racing colors. Spectators are allowed at Keeneland’s prestigious Thoroughbred auctions, which occur several times a year.

Harness races take place July through October at The Red Mile Harness Track, said to be the country’s oldest and fastest trotting track. Steeplechases and polo matches are held at the Kentucky Horse Park.

Lexington's major crop has been tobacco, yielding one of the largest crops of burley tobacco in Kentucky. Tobacco barns, where the leaves are dried, stripped and packed, can still be seen along country roads. In addition, the city is the country's chief producer of bluegrass seed and white barley.

Lexington’s business district has thrived without losing the grace or traditions of its Southern heritage. Victorian storefronts are preserved along Main Street, and restored houses line Broadway between Main and West Third streets.

Nearby is Gratz Park, fronted by such early historic properties as the three Goodlowe Houses and Hunt-Morgan House. Brick paths, shady trees and a fountain make the park a welcome respite. The park was once the campus for nearby Transylvania University, said to be the oldest college west of the Allegheny Mountains. Morrison Hall, now home to administrative offices, was built in 1833 in the Greek Revival style by Gideon Shryock, who is said to have introduced the architectural style to Kentucky. Guided and self-guiding campus tours include the medical museum, the Morlan Art Gallery and the Mitchell Fine Arts Center; phone (859) 233-8120.

A statue at the old Fayette County Courthouse in the center of town honors John Hunt Morgan, a Confederate general adept at conducting guerrilla warfare. Despite his controversial tactics and a series of defeats, Morgan was considered a hero. The statue caused quite a local stir when unveiled in 1911—Hunt is shown astride a stallion instead of his best-known mount, the mare Black Bess.

Patrons of the arts appreciate the lavish interior of the 1887 Lexington Opera House at 401 W. Short St. It plays host to musical and theatrical performances; for ticket information phone (859) 233-3535.

Seven life-size bronze racehorses streak toward the finish line in the 2.5-acre Thoroughbred Park, on the corner of Main Street and Midland Avenue. Standing at a break in the rock wall, one can witness a “photo finish.”

The local obsession with college basketball reaches a crescendo from late October through March, when the University of Kentucky Wildcats hit the hardwood. The eight-time national champions play at the 23,500-seat Rupp Arena at 430 W. Vine St.; phone the university ticket office, (859) 257-1818, for information about all collegiate sports.

Even though their themes may not be horse-related, three of Lexington's special events take place at some of the city's better-known horse-related sites. The Blue Grass Trust Antiques & Garden Show sets up its tent in early March at Kentucky Horse Park. The last weekend in April the park is home to the Rolex Kentucky Three-Day Event. Also known as RK3DE, this event draws top horses and riders from around the world to compete in cross-country, dressage and jumping competitions. Southern Lights, celebrated mid-November through December 31, features a 4-mile driving tour past brilliantly lit seasonal displays. The route goes through the park and ends at the visitor center, where the holiday spirit continues indoors with a petting zoo, crafts and music.

Lexington is at the intersection of three scenic highways: I-64 and US 60 both run west to Frankfort, and US 68 runs northeast to Paris.

Self-guiding ToursThe Lexington Walk and the Bluegrass Country Driving Tour brochure features an approximately 2-mile-long walk that takes participants by many of Lexington's historic structures as well as a scenic driving tour past the area's famous horse farms and farmlands. The driving tour is split into three sections, varying in length from 24 to 35 miles long. Maps are provided by the convention and visitors bureau (VisitLEX).

ShoppingTwo downtown areas—The Shops at Lexington Center and The Square—offer a variety of stores. Lexington Center, on W. Vine Street at Rupp Arena, has three levels of specialty shops as well as restaurants and entertainment. The Square is a block of restored 19th-century buildings on W. Main Street housing a collection of retail and specialty stores.

A variety of stores can be found at Fayette Mall, 3401 Nicholasville Rd., including Dillard's, JCPenney and Macy's. Fayette Place, an extension of the mall, features numerous eateries, shops and a cinema.

Things to Do Ashland, The Henry Clay Estate

The Aviation Museum of Kentucky

The Headley-Whitney Museum of Art

The International Museum of the Horse

The Art Museum at the University of Kentucky 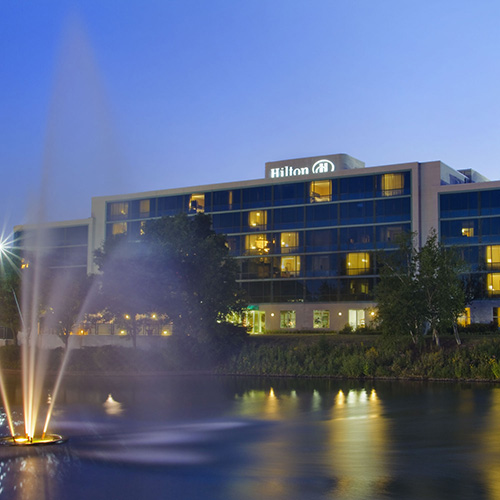 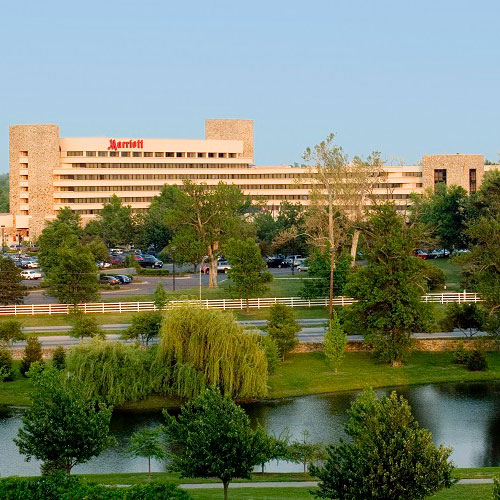 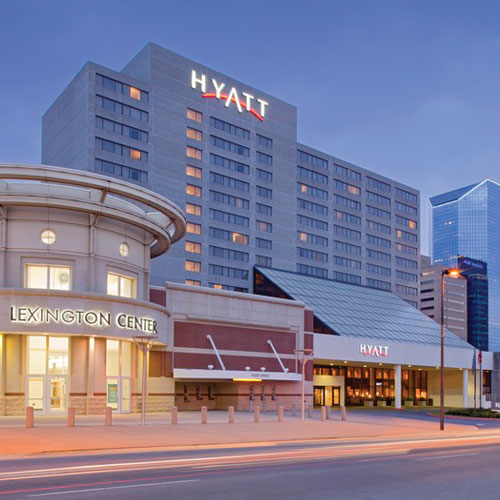 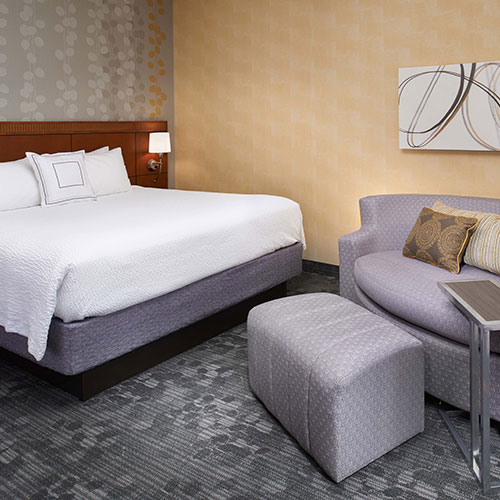