DescriptionOn Jamaica's western tip, Negril (neh-GRILL) is a 90-minute drive down the coast from Montego Bay. Two bays sheltered by coral reefs lie along a 7-mile (11 km) stretch of unbroken shoreline, creating excellent conditions for swimming, snorkeling, scuba diving, sailing, windsurfing, parasailing, water skiing and horseback riding. The longer and more popular beach is at Long Bay. To the north is the more private Bloody Bay—its name dates back to the whaling era. Swimsuits are optional at Bloody Bay.

Pirates knew Negril well during their time. The coastal setting was a favored hideaway of Jamaica's notorious “Calico Jack” Rackham. He was finally apprehended in 1720 while lounging at Bloody Bay with two female mates. Negril remained largely undiscovered, however, until the late 1960s when it became a haven for young escapists seeking freedom from the modern world. It remains an uncluttered destination; in order to preserve the beauty of the area, an ordinance prohibits the building of any structure taller than the average palm tree.

Given its location at the island's westernmost point, Negril is famous for its spectacular sunsets. Popular vantage points are the numerous cafés at the rock cliffs along West End (also called Lighthouse) Road; Rick's Cafe is one of the most popular. At some cafés locals and visitors can be seen diving off the tall cliffs into the calm sea below. At the end of West End Road is the 100-foot Negril Point Lighthouse. 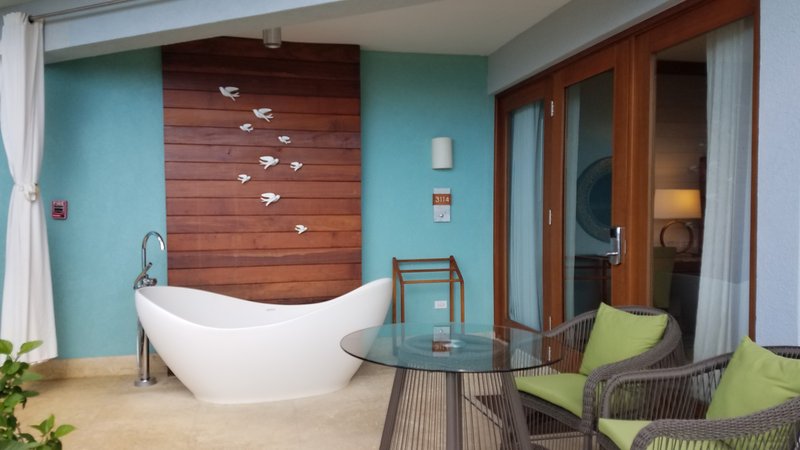