Introduction Think of Indianapolis, and you think of car racing. It's that simple. Since AAA established its national driving championship and sanctioned the first Indy 500 in 1911, millions of people around the world have watched the checkered flag come down at the Brickyard. But there's so much more to see—the stately homes of presidents and poets, stunning art collections, one of the largest children's museums in the world. Visitors to Indiana's capital are surprised to find a canal inspired by the waterways of Venice, a Grecian shrine modeled after the ancient mausoleum at Halicarnassus and a spacious urban park often compared to the National Mall in Washington, D.C. In fact, the city was laid out by Alexander Ralston—apprentice to Pierre L'Enfant in designing the federal capital—and his vision of broad avenues radiating out from a central hub gives Indianapolis an Old-World feel.

At night, the downtown sidewalks and the newly built Cultural Trail throng with pedestrians, and music spills from open-air bistros. Another surprise—this third-largest (and fastest-growing) city in the Midwest is consistently ranked one of the country's cleanest and safest. With more than 20 million visitors a year, Indy's no longer a best-kept secret. On your first trip, a tour of Indianapolis Motor Speedway is de rigueur, but be sure to make time for the fine museums and gardens, the zoo, the NCAA Hall of Champions and the Colts and Pacers. Chances are you'll drive here—seven spokes of four national highways converge at the “Crossroads of America”—but we recommend you leave speeding to the professionals.

By CarBoth I-70, a major east-west superhighway spanning two-thirds of the country, and I-65, the Lake Michigan-Gulf of Mexico link, pass directly through downtown, enabling travelers to reach the city's center from the suburbs in 15 to 20 minutes.

I-74, connecting several important highways, angles toward Indianapolis from Cincinnati to the southeast and from the Quad Cities area to the northwest; it merges with part of the Indianapolis bypass route, I-465. I-69 brings in traffic from central and southern Michigan.

Approaches serving local traffic include east-west routes US 40 (which closely parallels I-70), US 36 and US 52, and north-south highways US 31, US 421 and SRs 37 and 67. The beltway, I-465, encircles the city and provides direct access to all main approaches and to all parts of Indianapolis.

Most north-south routes are named avenues, roads or boulevards. The four angled avenues—Virginia, Massachusetts, Indiana and Kentucky—can be disconcerting to first-time visitors, who might find the I-70/I-65 inner beltway more convenient. The city has several one-way streets, and during rush hour many left turns are prohibited. Consult a good city map and plan to avoid rush hours, 6-9 a.m. and 3-6 p.m. Speed limits generally range from 25 to 45 mph.

ParkingOn-street metered parking is often difficult to find. Rates begin at $2 for 1 hour. There are many parking lots and garages in the city, and most hotels provide parking for their guests. Lots and garages cost between $1.50 and $8 per hour, with a maximum of $6 to $28 per day. The Pan American Plaza next to Union Station provides convenient parking. 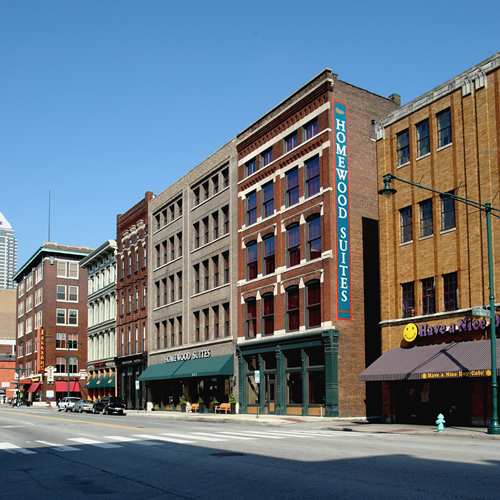