More About
Seaside, OR
HotelsAttractionsRestaurantsCampgrounds 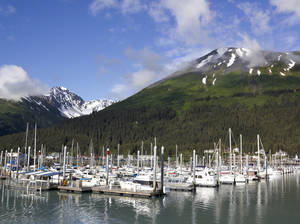 About SeasideThe state's oldest ocean resort community, Seaside has attracted vacationers since its first guesthouse was completed in the 1850s. The highlight is the Promenade, referred to locally as “The Prom.” The concrete structure was built in 1920 to replace a wooden boardwalk. Walkers, joggers and bicyclists make good use of the 1.8-mile path that parallels the Pacific Ocean. The sights include beach grass and dunes as well as nearby Tillamook Head and Tillamook Rock Lighthouse in the distance. Benches and coin-operated telescopes along the way invite you to take your time while absorbing the coastal views. Broadway, the town's main street, ends at the Prom's historic automobile turnaround.

The Prom offers access to the 3-mile beach, where you're likely to find more walkers, beachcombers, volleyball games and people flying kites than swimmers because the water temperature averages a chilly 55-65 F. At receding tides, beachcombers can find wonderful treasures; tide tables can be picked up from the Seaside Visitors Bureau and other area businesses. The Cove is a good spot for surfing, though. If you do brave the cold water for a dip or to surf, a wet suit is a must.

Bikers can pedal the Oregon Coast Bike Route, which follows scenic US 101 for the most part, offering views of the ocean as it traverses hills and temperate rain forests. The trail should be ridden north to south May through October due to strong northwesterly winds. The visitors bureau has brochures about the route. Canoeing, kayaking and paddleboating are possible on the Necanicum and Neawanna rivers. Quatat and Cartwright parks have boat ramps, and canoes, kayaks and paddleboats can be rented at Quatat Park. Other recreational opportunities include bird-watching, clamming, crabbing and fishing.

For fishing license, season and limit information, phone the Oregon Department of Fish and Wildlife at (503) 947-6000. If you're up for a moderately difficult hike, head to the end of Sunset Boulevard to begin the 6-mile Tillamook Head National Recreation Trail (also part of Lewis and Clark National Historic Trail and the Oregon Coast Trail) between Seaside and Ecola State Park. It's a great place for bird and whale watching. Whales inhabit the area all year, but from mid-March to mid-April and in December, additional migrating whales may be spotted.

Seaside and the local vicinity encompass the destination that Lewis and Clark and their Corps of Discovery were after on their 1804-06 westward journey, and the role this area played in their travels is kept alive. The expedition party wintered at nearby Fort Clatsop, and during that time several of the men were sent to build a salt cairn so they could boil the water from the ocean to extract salt for use in flavoring meat and preserving it through the winter and for their return trip. The site they selected is in Seaside, and a replica of what the stone fireplace structure is believed to have looked like is open year-round at the Salt Works, located just off the Prom at Lewis and Clark Way.

The Salt Works site is part of Lewis and Clark National Historical Park. During a weekend in mid-August, reenactments are performed. Tillamook Head also factored into their stay that winter when Capt. Clark, Sacagawea and several others from the party traveled it to reach a beached whale to obtain meat and blubber. A bronze statue of Lewis and Clark and Lewis' dog Seaman stands at the center of the Prom's turnaround to commemorate the explorers' journey.

ShoppingBroadway has a variety of specialty shops offering such items as apparel; crafts; kites; souvenirs; Northwest seafood; and candies, including chocolates, fudge and saltwater taffy. Seaside Antique Mall, at Broadway Street and Holladay Drive, has nearly 90 dealers. Seaside Factory Outlet Center, on US 101, has more than 20 stores.

Things to Do Seaside Aquarium 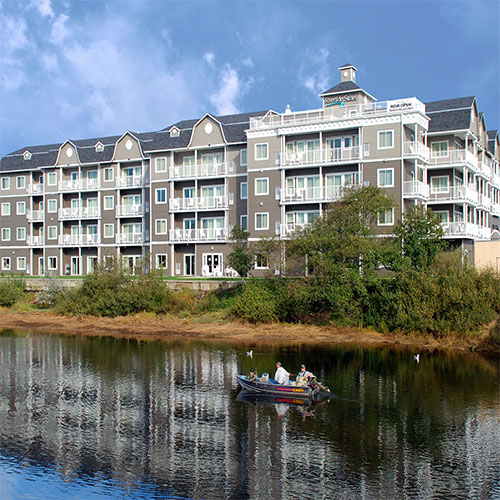 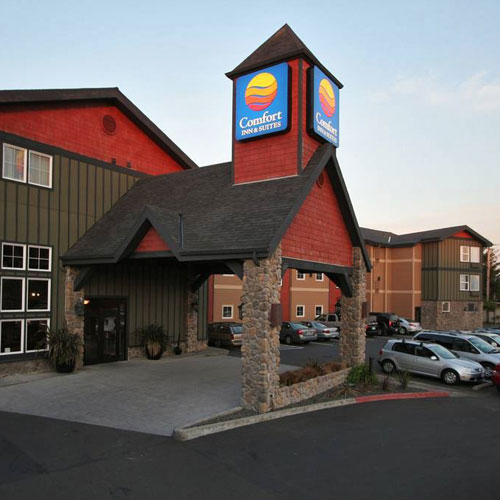